“Living Water” is the official water of the spectacular seventh edition of “Night of the Stars” – a show with more than 150 participants from 11 countries. The world-known artist and acrobat Encho Keryazov and his foundation honoured successful and talented children in three categories – art, education and sport as well as disadvantaged children who defend with dignity the incredible abilities of the human spirit, will and determination!

The biggest hall in Bulgaria – “Arena Armeec” gathered more than 15 000 spectators who enjoyed a world-class show with incredible artists. The torpedo woman – Robin Valencia, spider-man Freddy Nock with 5 Guinness World Records, breath-taking stunts, Ambra and Yves – aerial acrobatics, Oleg Izosimov – gymnastics, Anatoly Zalevsky – equilibrist and Encho Keryazov himself were part of the surprises. Only the best stages in the world have the privilege to present artists of such importance such as Viktor Kee, Freddy Nock, the torpedo woman – Robin Valencia, Duo Minasov. It’s a great achievement that the Bulgarian audience can also enjoy them. Director of the seventh edition of the “Night of the Stars” is the Dutch producer Kees van Limpt who has directed the World Christmas Circus and performances at the Royal Theatre Carré. 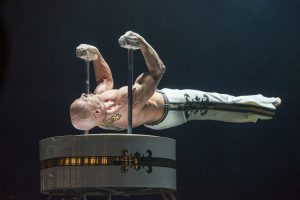 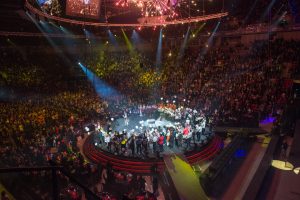 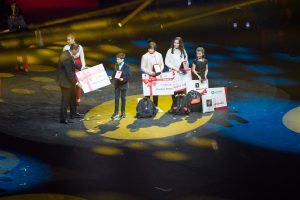