Almost 200 starts per day and competition for the record prize fund – this is scheduled for the last weekend of September in the riding school next to the village of Tsaratsovo.
The prize-winners at the forthcoming competition will divide among themselves an unheard of prize fund. The village near Plovdiv will host the jumper competition for “Hissar” Cup and “Krassi” Cup.
The event will take place at “Frigopan” riding school and the amount which the participants and prize-winners will divide between themselves is 16 700 BGN.
The owner of the first mineral water bottling plant in our country – Dimitar Konsulov, said that “the contact with these noble animals stuns and enriches and that he hopes that more young people will try for the equestrian sport.”
The riding school in Tsaratsovo can accommodate 800 spectators and it is expected to be full for the jumper competition for the “Hissar” Cup and “Krassi” Cup on 29-30 September.
“The equestrian sport teaches love to animals and discipline. Few people are aware that riding and horses help children overcome tragedies more easily. Being involved with equestrian sport helps children disregard problems and not become absorbed in them. It is very important to know that riding is an irreplaceable rehabilitation for ill kids,” explained the owner of the riding school in the village of Tsaratsovo, Dimitar Angelchev.
The relieving and convalescent effect are the favorable effects from being in contact with the horses. At the same time riding is one of the sports where the most complex physical strain is exerted. 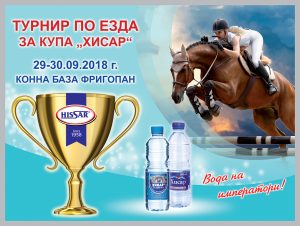